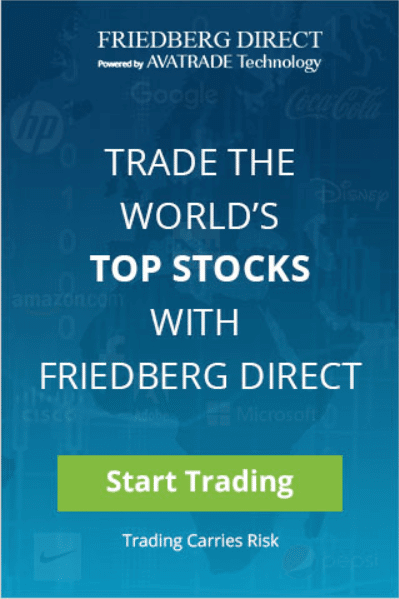 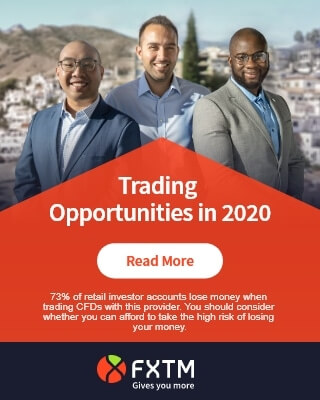 Muslim scholars have extensively debated the issue of whether Forex trading is halal. Many have made their views known in fatwas. In its current form, trading in Forex currencies using normal brokerages may be considered haram. We will explore the reasons for the argument against Muslim Forex trading. However, it’s important to note that Muslims who are obedient to Sharia law can still gain entry into the Forex market through Islamic accounts that don’t charge riba. You will get to know how they work also.

As the last religion, Islam provides guidance and instruction to practicing Muslims on the set of values they should adopt in matters to do with their economic, social, and personal conduct. While we don’t explicitly provide official guidance to the question pertaining to the permissiveness of Forex trading in Islam, the article will introduce you to both sides of the argument and provide instruction on where to seek more information.

Under Sharia law, the taking or charging of interest (riba) is prohibited, and this is the consensus regardless of the Muslim scholar you consult. The Quran makes a point of mentioning the prohibition of usury. It’s explicitly prohibited in the Third Revelation and the Fourth Revelation (Surah al-Baqarah, verses 275-281) that states “Those who take Riba will not stand….That is because they have said: “Sale is like riba,” while Allah has permitted trading and prohibited Riba…”

When trading using regular Forex trading accounts, there’s an element of usury. The Forex broker offers leverage so that you can use $1,000, for instance, to make trades worth over $500,000 with a 1:500 leverage. The Forex broker charges a margin interest to the trader to use their loan money to enter and close positions worth far more than their account balance. In addition, positions held open overnight are subject to a rollover interest fee.

Therefore, regularly trading on normal Forex accounts used by general users may go against the prohibition of charging interest.

Is Trading Haram When One Currency Is Exchanged for Another?

It is permissible to exchange one currency for another as long as it meets certain key requirements:

It’s more favorable if you own the currency that you want to exchange and have the freedom to use it in any way you wish, without any restrictions. Is there any problem if you profit when making Forex exchange transactions?

Just as you may purchase an asset only for its market value to increase is the same way you may acquire a currency only for its value to increase, leading to profits when you dispose of it. Purely exchanging one currency for another is acceptable, but the nature of Forex markets that deal with contracts for differences results in a conflict between scholars. Let’s discuss it next.

The Speculative Nature of Forex Trading in Islam

In Islamic finance, there is the concept of Gharar. The word translates to hazard, chance, or risk. It’s illustrated in an Islamic dictionary as selling fish that’s yet to be caught from the sea. Muslims are taught to limit Gharar or unnecessary risk to their investments.

Consequently, gambling is banned in Islam. It’s negative as it relies on chance and brings unjustified risk. When you lose, someone else takes all the profits without the equal sharing of losses.

Trading on the Forex markets does not strictly adhere to the definition of gambling. We can illustrate this point by considering a trader who has learned all the tools and knowledge to make informed trades that carry low risks. They have developed their skills and refined their understanding of the market such as the correct way to trade exotic Forex pairs.

Expert Forex traders are known to utilize fundamental and technical analysis so that they remain profitable. The trader who undertakes a quest to learn all about trading reduces the element of speculation in the Forex market.

We must also recognize that businesses, in their fundamental nature, create and assume risk to make profits. The trader who accurately identifies the needs for a certain type of goods such as carpets and undertakes to fulfill this demand may profit or make a loss. The prosperity created in life is brought about by solving challenges through our God-given intelligence and skill.

It’s also important to note that no one can be truly sure about what will happen in the future. There have been proven businesses undertaken for thousands of years. Forex trading, though not fully accepted and novel, provides new avenues for Muslims looking to diversify their investments.

Bitcoin was recently considered permissible after an extensive study conducted by Mohamed Abu-Bakar of Blossom Finance, Indonesia. Bitcoin and other cryptocurrencies do not strictly adhere to the concept of money. So, why are they deemed permissible? Do all authorities consider them compliant with Islamic finance laws?

Starting with the first question, Bitcoin meets the guidelines on ownership. You can have bitcoins in your wallet and use them for transactions. Unlike major world currencies, bitcoin is not based on any debt.

How to Trade Bitcoin: Step-by-Step Startup Guide to Profitability

Rather bitcoins are created through the mining process that requires time and resources to be invested. It’s mined like other valuable commodities such as gold and silver. However, the bone of contention is that it exists virtually on the Internet with no physical form. Well, this may also be said of the present nature of money where your bank account is not a vault stacked with paper money with a defined gold value, but digits on a computer screen.

It’s worth mentioning that bitcoin certainly involves an element of risk. Since it’s a relatively new form of digital currency, it has been subject to wild price fluctuations. As an example of its volatility, just after the news about the research paper by Mohammed Abubakar was published, the price of bitcoins surged in value by $1,000.

The study also specified that while bitcoin is generally compliant with Islamic finance laws, its legality is based on the specific country laws. In Egypt, bitcoin was initially banned by the government but the decision was later revised. After the restrictions were eased, companies engaged in cryptocurrencies were required to acquire licenses from the Central Bank of Egypt. The Saudi Arabia Central Bank has even issued its own form of cryptocurrency known as the Aber.

What about the issue of trading by speculating on the value of bitcoin? The ruling may follow the consensus on trading Forex currency pairs.

The Forex broker providing access to bitcoin trading should offer Islamic accounts that don’t charge riba. When it comes to the element of risk, individual traders should seek out as much knowledge as possible to limit the risks they expose to their assets.

Stock trading can take place in two ways. You can buy stock in a company and hold the shares until their value increases before selling for a profit. You can trade in stocks that you own because the stock represents your stake in the company’s assets and profits. Your shares have an actual tangible value.

But Muslims should not just buy stocks from any companies. The companies in question should not engage in any forbidden activity such as gambling, pornography, or the charging of interest by banks. So, if you have more questions on “is investing haram,” make a point of ensuring that the business activity is compliant with relevant Sharia laws.

Still, we can make a point against the question, “is stock market haram.” That is if trading in the stocks involves a high degree of speculation without any in-depth analysis and out of the expectation of getting rich quickly at the expense of others. Some scholars have ruled out investing in stocks completely or speculating on their price movements when traded as contracts for differences.

Millions of traders participate in the Forex market through Forex Halal Islamic accounts. They have some unique properties not found in regular accounts. For instance, they don’t have rollover fees for positions held overnight.

Brokers offering Islamic accounts operate under scrutiny to ensure they conform to Islamic finance laws pertaining to the charging of riba. Other than their interest-free nature, all other aspects remain the same including the provision of leverage for trading. Transactions take place on the spot with funds transferred immediately.

So, how do brokers make money for facilitating transactions on swap-free accounts?

While the accounts are interest-free, some brokers will impose higher spreads. You may deposit more money towards your account balance than in conventional accounts. The accounts are also subject to more scrutiny to ensure that unqualified traders don’t exploit the system by opening regular and Islamic accounts. You may or may not be required to supply evidence of allegiance to Islam.

Uncertainty and risk still apply to Islamic accounts. You should take the time to read the broker’s risk warning, which states the percentage of retail investors who lose money trading contracts of differences in Forex currencies, cryptocurrencies, commodities, etc.

Where Can I find Islamic Accounts?

Trade-in.forex offers recommendations to aspiring Forex brokers. Our suggestions are tailored to your country. If you are you in a Muslim-majority country, we have you covered. Just take a look at our Forex trading in Indonesia guide for further details.

When choosing an Islamic Forex broker, you should pay attention to certain factors.

We can conclude by stating that there still exists a grey area when it comes to speculating on the price movements of different financial instruments such as currency pairs, cryptocurrencies, etc. Brokers have made strides to ensure that they offer swap-free/interest-free trading accounts for their Muslim customers. However, there is a lack of a general consensus on whether Forex trading is permissible due to the risks involved.

If you are concerned with the question, “Is trading haram?” speak to your spiritual teacher on this matter before undertaking your Forex trading career. And if you choose this as a way of making money, it’s in your best interest to reduce risks as much as possible by first practicing in a trading demo environment.

Many traders just rush and start trading using real money before they understand how the Forex market works or how to become profitable. Taking this route is a sure way to lose your account balance.