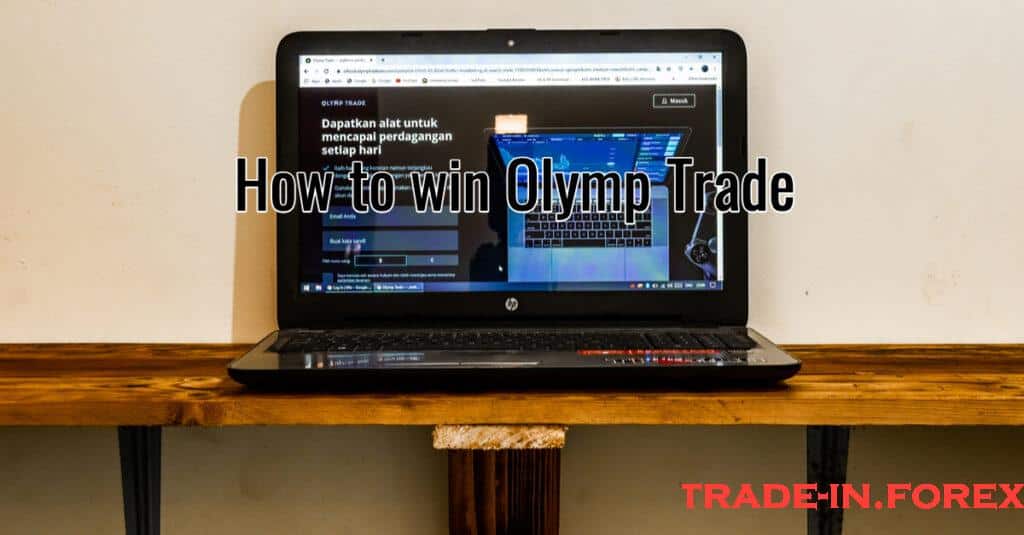 Have you sustained a big trading loss? Need to bounce back stronger by finding an Olymp Trade winning strategy? Going forward, fend off newbie trading blunders like the lure of quick-fix solutions or magical trading strategies. Discover how to always win in Olymp Trade.

Read: Which is Better eToro vs Olymp Trade

What is the best strategy for Olymp Trade? There’s no golden approach, and certainly, traders employ a wide range of strategies based on technical indicators or fundamental analysis for profitable Forex trading.

Now, the best strategy in Olymp Trade, as with other platforms, entails growing your Forex trading knowledge by learning about currency pairs, risk management, technical indicators, fundamental analysis, trend analysis, capital management, and cultivating discipline. This sounds like general advice. So, what actions should traders take?Use the platform’s demo environment to implement a rule-based trading system. It may be a self-developed Olymp Trade strategy or a learned trading system. If you’re bleeding real money every day, the right option is to switch to the demo for a while:

You may say, “I don’t have months to hone my trading skills.” Well, there’s a shortcut. It entails using trading robots or EAs via MetaTrader 4, a third-party trading interface offered by Olymp Trade.

Note that robotic trading doesn’t guarantee instant riches! You can’t take a backseat. It’s critical to configure the EA parameters correctly, and this requires the know-how on the techniques and strategies employed by the robot.

As an intro to technical analysis, let’s go over the Olymp Trade strategy for beginners. Experts use the same techniques to analyze charts and find recurring patterns that generate good signals, while poor traders make wild guesses.

Hunting for the next profitable strategy Olymp Trade? SMA stands for the simple moving average, and it’s an on-chart indicator suitable for beginner traders.

The SMA line is drawn by averaging the closing asset price over a set number of periods. For short-term trading using the minute, hour, or day charts, traders may use the 10-SMA and 20-SMA lines. Long-term trends are revealed by the 50-SMA and 200-SMA lines. So, how can you start using the SMA strategy Olymp Trade?

First, let’s add the indicator to our charts.

Follow steps 1 and 2 as illustrated here. By default, you get the 10-SMA. Adding the 20-SMA is quite simple. Follow the same process and select the edit icon next to the line label. You may increase the period and change the line color.

There are several ways to utilize the SMA strategy:

The opposite happens when the long-term 20-SMA line crosses over and trends under the 10-SMA line, producing a bearish signal. It’s called the death cross.

Crosses provide robust signals when applied to long-time frames, mainly by using the 50-SMA and 200-SMA. Alternatively, you may pair the SMA indicator with the Exponential moving average to find trend reversals.

Another strategy that has been making rounds is the Olymp Trade Martingale Strategy. So, how does it work, and why should you avoid it?

Basically, traders must double their trade size for each loss sustained. In real practice, if a trader has opened an initial trade worth $1,000 only to sustain a loss, on their next trade, they should invest $1,000 if the previous trade is still open to double their position. Alternatively, they may close the initial trade and double their new trade size. The rationale is to help recoup losses faster.

Beginners should bypass this strategy as it exposes their capital to high risk, and subsequent losses may result in the total loss of their trading capital. It’s also difficult to execute as it may require the placing of hypothetical stop losses to determine when a loss has happened. Opening and closing trades come at a cost.

Looking for the up-down strategy in Olymp Trade? Well, there are many strategies you can employ to decide whether to make an up or down trade. One of the best strategies for beginners is trend trading and price action analysis. So, how do you identify a trend? An upward trend is identified by subsequent high lows, and a downtrend is formed when they are subsequent lower highs. During an uptrend, you make an up trade.

During a downtrend, you make a DOWN trade. As a rule, your trend line should touch at least two points. Consider combining other indicators for stronger signals. Also, know the current trading range (the points where prices seem to rise and fall to during a set duration).

There is a wide range of candlestick strategies you can utilize to make better and more profitable trades. When implementing the Olymp Trade Candlestick Strategy, you should know how to read the Japanese candlestick chart.

The Olymp Trade education section provides more information about the strategies mentioned here and how to win in Olymp Trade. Also, keep in mind that fewer and longer trades may help preserve capital than quick and short trades. Also, if you want to diversify your portfolio, learn trading bitcoin and find out how to make even more money with Olymp Trade.

About the author Freddie North

Olymp Trade – How to Trade Real Estate – What You Must Know

Why Am I Blocked on Olymp Trade?