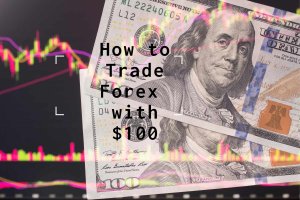 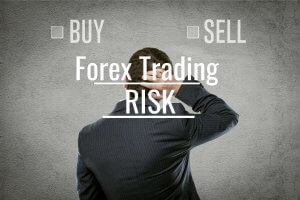 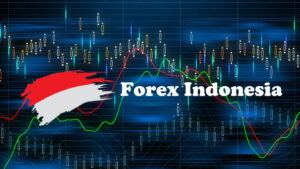 Receive an email when we publish a new post

What exactly is the forex exchange, and this is not a difficult thing to explain, but it is different than,  what you may be used to in other capital markets. And I think that the root of the biggest difference, and, hence probably the biggest potential confusion is just how are Forex pairs traded, what exactly is it?

Well, essentially what the Forex is, an abbreviation obviously for foreign exchange, and it’s the relative value of one currency versus another. Now, this is … This again is a pretty simple explanation if we can use a case study of a situation we’ve probably all been in one shape or another at one time in our lives.

So you’re gonna be converting some Dollars into Francs. This is the symbol for Swiss francs (CHF) and this is the notation you would see when you’re talking about a Forex pair, this is the dollar compared to the franc USD/CHF.

What is the exchange rate for the USD/CHF? Let’s say it’s 1.2049, what that means is it, that means it cost 1.2049 francs to buy a 1 dollar. It’s pretty simple, exchange rates, they are typically carried out to the fourth or fifth decimal place when you’re getting,  really good pricing. So you can get all the way out here to the fifth decimal place, and this decimal place right here is called a pip. So one move up or down in that number there, so if we go from 2049 to 2050 then we’ve moved up one pip, so you’ll hear Forex traders use that,  verbiage all the time.

Now, if were to convert some spending money, so let’s say for example we’re gonna turn,  $500.00 worth of spending into francs at this particular exchange rate. Well, that’s gonna give us 602 francs, all right? So, now we’ve done our first foreign exchange transaction, if you’ve ever traveled abroad this is what you’ve done. So you’ve turned your domestic currency into another currency at the exchange rate. This is one half of the foreign exchange transaction.

Now, let’s take a little bit of a step back, and talk about well, what happens at the end of the summer when we’ve decided to leave our vacation and start to go home, and we haven’t spent any of our spending cash, so we still have these 602 francs, what’s happened?

All right, now it’s time for our vacation to end, and we still have those 602 francs in our wallet, and we’re looking to be able to exchange them back into dollars. Now, some time has elapsed, the relative value between these two currency’s has changed, and they now have an exchange rate 1.1000, or in some cases you’ll see the a quote taken out to the fifth decimal place so it’s changed.

Essentially we’ve lost a 1049 pips in the exchange rate, it’s actually dropped that much, but this actually worked out in our favor because what’s really happening here is that we have our 602, francs and we’re gonna convert them into dollars. But what’s happened here is that now it cost fewer francs, the exchange rate has dropped, so now it only cost 1.1 francs to buy a dollar where it used to be, a little better than 1.2 francs to buy a dollar. So the franc is actually increased in value, versus the dollar, so this is, this is the way that a Forex transaction, works.

And now, you might think well, we live in the U.S., that must be a bad thing for us. Well, not necessarily, and this is something that’s hard to wrap your head around when you first learn it. If we convert these 602 francs at our new exchange rate we get back $547.00. Now, that means that we just made a profit on our vacation of 10%, at least on our spending money, and the reason why was because over the summer essentially we were holding an asset that appreciated in value. This is just like if you held a stock that’s worth dollars, and it, it appreciates in value versus the dollar.

The, the franc, we held this asset that was worth more that became more valuable, we converted it back into our domestic currency, and we’re able to walk away with a profit. Well, this is the same way that foreign exchange works. Now, the way that you’ll see this actually charted on a chart like any other capital market is you’ll see we’ve got us, we’ve got our chart here with a X and Y axis, and you’ll see trends that look like this just like anything else that you would see in any other capital market.

So if you could imagine it’s almost as though we took our vacation right there, and then starting to, decided to come home right there where the franc was appreciating during that trend.

This is, this is what moves currency exchange rates, it’s what moves the Forex, and as a Forex trader it’s what you’re speculating on, sometimes over a very short-term basis depending on what kind of trader you, and other times on a very long-term basis, again, depending on what kind of a trader you are. It works exactly the same way, it’s just all done online, it’s done through a margin account, and it’s much easier and much more convenient than having to fly all the way to Switzerland.

ExpertOption India: How It Works