How to Select Your Trade Entries: Forex Perfect Entry Guide

The global currency exchange is the largest and the most liquid market in the world. Today, it is open to institutions and individuals who act as retail traders. Classified as an over-the-counter market, the exchange allows buyers and sellers to connect freely. This article will look at the most traded currencies and the factors driving their value.

The Logic of the Market

Forex traders buy and sell currency pairs, aiming to profit from ever-changing rates. Both uptrends and downtrends can be lucrative when anticipated. This is an important advantage of the currency exchange. Short and long positions allow participants to execute trades at favorable price levels.

Every beginner should develop a solid understanding of instruments to trade them correctly. These six systems are linked to powerful world economies. Universal currencies offer high liquidity. Changes in their value affect not only local but also global economic environments. This knowledge is the basis of buying and selling in the Forex market. Here are the leaders in order of popularity.

The American currency is the ultimate winner as it accounts for most trades on the foreign exchange. This is hardly surprising given its worldwide fame. It is difficult to find a central bank or investment institution on the planet that does not have U.S. dollars. This currency is ubiquitous. It may be regarded as the unofficial reserve currency for the entire world.

The U.S. dollar is accepted the most widely. In some countries, it is an informal alternative form of payment. Some may use it officially instead of their local monetary systems. This arrangement is known as dollarization. There is no denying that USD is the world’s top currency.

USD plays an essential role in the global currency market as other currencies are valued against it. The leader thus functions as a benchmark. The USD is part of both Major and Exotic pairs. It also serves as an intermediary in three-point (or triangular) arbitrage. This is a situation when a trader seeks to profit from discrepancies between the prices of three different currencies.

Finally, the USD is used for the valuation of many commodities. For instance, WTI, Brent, gold, and silver are all priced in the USD. This means the value of these resources depends not only on supply and demand. It may also be affected by changes in the USD rate. This, in turn, may be swayed by changing interest rates and inflation.

This is perhaps the most ‘politicized’ currency of all. When the Eurozone was being created, the Euro was adopted by most of its members. Today, it comes second on the list of the most traded world currencies worldwide. Since 2002, it has been in wide circulation. Popularity of the international currency is also due to its use as a benchmark.

Many countries peg their national systems to the Euro. These are European and African nations. This measure limits local exchange rate fluctuations. This means the currency of the EU is also a reserve currency – the second-largest in the world.

In the Forex market, the EUR is perceived as a reliable choice. It also adds liquidity to any pair, as it is so widely used. To profit from its dynamics, traders monitor the economic and political situation within the EU, including systems of its members. Events in the political realm can push trading volumes up.

When the Euro was being introduced, Italy, Greece, Spain, and Portugal saw their local interest rate collapse. This shows the power of politics over world financial systems.

The rate of this currency does not only reflect the health of Japan’s economy. It is perceived as an indicator of the entire Pan-Pacific region. This means that rises or falls in its rate may also affect the monetary systems of Thailand, Singapore, and South Korea. These are rare trading choices but the connection is undeniable.

Of all Asian currencies, the yen is the most popular among traders worldwide. This is hardly surprising as Japan boasts a robust economy with strong manufacturing and exports. Generally, the currency and the economic system move hand-in-hand, which makes prediction easier.

This currency is particularly popular among participants engaged in carrying trades. To pursue this strategy, traders borrow the yen and invest in other currencies that deliver high interest. As the interest rate for borrowing is close to zero, it is possible to benefit from the difference. The differential constitutes profit.

Low-interest rates mean that the Japanese yen is being constantly borrowed. As a result, it does not gain value easily. The latter is closely linked to global interest rates. Fundamentals of trading, however, are the same.

This is another strong contender, as Great Britain has a powerful economy. Also known as the pound sterling, this currency comes fourth. While the country is part of Europe, it has never been integrated into the EU currency system. Even before Brexit, the pound was largely perceived as a national, even nationalistic, currency.

The country rejected the Euro for a number of reasons. The government was afraid of losing control over its domestic interest rates. National pride surely played a role as well. So, what does this mean for the average Forex trader?

If you decide to trade pairs with GBP, pay close attention to the health of the local economy. The stability of the political system is another important factor. Announcements made by top-ranking officials may sway the exchange rate.

The British pound is not the highest currency in the world. Still, it is more expensive than many other majors. This has been true for centuries. It also serves as a worldwide benchmark and a prominent reserve currency. In terms of liquidity, it will not disappoint you.

The national currency of Canada is strongly linked to the USD and commodity markets. First, it is the USA’s Northern neighbor. Secondly, the country is a massive exporter of natural resources.

As a result, global prices for oil, precious metals, and minerals, have a strong effect on the national currency. Nicknamed ‘the loonie,’ the Canadian dollar is particularly responsive to changes in the crude oil price. Meanwhile, changes in USD rates are also important, as the United States has the largest consumer base worldwide.

This means traders should keep track of the related commodity markets, as well as USD dynamics. Both factors may sway the valuation of the Canadian dollar.

This currency has a largely neutral image – just like Switzerland itself. It is more stable than the Australian or the Canadian dollar. Many traders consider it to be a safe haven.

Low volatility is linked to measures taken by the Swiss National Bank. The institution is an active participant in the currency exchange. Its goal is to keep the Swiss franc or CHF and interest rates stable, which is attained through a set of effective measures.

The startling fact about the Australian dollar is that Australia has never made it to the top 10 world economies in terms of size. It’s, however, popular due to other reasons.

Owing to its proximity with Asia, Australia greatly benefits by trading with the newly industrialized economies. China is, in fact, the country’s leading trading partner, and the bulk of exports consists of iron ore.

Demand for its other minerals has been high. Australia is also the second-leading exporter of uranium and the biggest exporter of lead, zinc, alumina, and black coal.  Mining activities accounted for 11.0% of real gross value added in 2020.  Services industries made the most economic contribution at 81% of GVA.

Traders trading the Aussie (AUD/USD) should always watch the performance of the Chinese economy. A thriving Asian economy will continue driving the demand for Australian dollars. Primarily, the Australian dollar is a commodity currency. As the leading exporter of iron ore, fluctuations in its prices may positively or negatively affect the Aussie.

China’s economy managed remarkable growth averaging 10% consistently for 40 years. But as the second-largest economy matures, it’s showing signs of slowing down. Despite this, the economy has also been particularly resilient in the pandemic year, growing by 2.3% in 2020, while all other major economies contracted.

You may wonder why the RMB is not among the top 5 traded currencies. Well, the renminbi is not very popular in cross-border trade transactions.  Not many countries hold it as a reserve currency. Most of the payments for Chinese exports are in USD, and it’s not surprising that it holds the largest USD foreign exchange reserves. The Chinese government has undertaken a campaign to elevate its currency and promote its use in the global monetary system.

What should traders know to trade the renminbi, often offered as the USD/CNY pair? With China’s economy rise to potentially overtake the US economy by 2028, their currency may gain more acceptance. The government maintains a strict hold on its value to the extent of drawing criticism for currency manipulation. Basically, the People’s Bank of China sets a fixed exchange rate. They don’t use a floating exchange rate that would allow prices to fluctuate freely. The bank also uses its dollar reserves to control the Yuan’s value.  A stronger currency leads to expensive exports, and China would lose its competitiveness. Other factors to watch out for include China’s slowing growth, inflation levels, and US-China trade balance. The US dollar’s relative strength is also vital as the yuan’s value is loosely pegged to it.

New Zealand is a relatively small country and was the 52nd largest economy in 2020 based on GDP figures. So why is the New Zealand dollar among the most traded currencies despite the small size of the economy?

It has a highly developed market based on free principles. Previously, it was one of the most regulated. The country chiefly depends on exports, which account for 30% of the GDP. Most of the exports are agricultural commodities, chiefly milk powder. It’s one of the top-five dairy producers worldwide.

China is its leading trading partner, followed by Australia, United States, and Japan. Investors are drawn to invest in the New Zealand dollar because of the relative stability of the country. The economy rebounded faster than other developed countries after the 2008 financial crisis. It has averaged annual growth of 2.1% since March 2010.

When trading NZD pairs, traders should factor in the exports’ performance, as it’s a commodity-based currency. For instance, the rise of its dairy industry is attributed to the Chinese Milk Scandal in 2008. Adulterated milk laced with melamine caused severe health consequences for infants. Up to 11 foreign countries stopped importing Chinese milk products. Further questions about the country’s food exports also led to the rise of dairy imports.

Dairy prices have a big impact on the currency’s value, and traders should track any announcements, particularly from Fonterra. Monitoring meat and timber product prices is also key to trading the NZD/USD pair.

These nine currencies are some of the most traded currencies in the world. Pairs with huge trading volumes will mostly include the US dollar or Euro. Each tradable currency pair denotes two economic systems.

Traders should not fall back on technical analysis alone to generate trading signals. It’s vital to analyze underlying factors driving the value of a particular currency. As we have seen, the dairy sector plays a major role in determining the New Zealand dollar’s value. But often, looking at one factor is not enough. Economies are far more intricate and rely on a combination of factors.

The influence of geopolitics and macroeconomics cannot be understated. As an ongoing trend, the raging COVID-19 pandemic will influence the global economy, with a bigger impact than the 2008 financial crisis.

About the author Freddie North

Do You Want to Double Your Deposit? 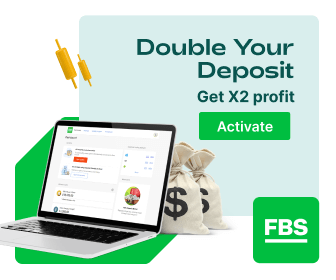